Showing posts from April, 2017
Show all

Mini Review: Not That Kind of Girl by Lena Dunham 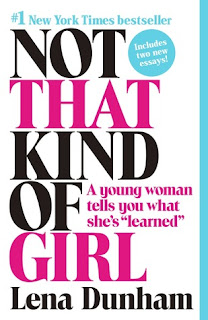 Not That Kind of Girl by Lena Dunham Published: September 2014 Publisher: Random House Format: paperback purchase Rating: 3/5 Synopsis "There is nothing gutsier to me than a person announcing that their story is one that deserves to be told," writes Lena Dunham, and it certainly takes guts to share the stories that make up her first book, Not That Kind of Girl. These are stories about getting your butt touched by your boss, about friendship and dieting (kind of) and having two existential crises before the age of 20. Stories about travel, both successful and less so, and about having the kind of sex where you feel like keeping your sneakers on in case you have to run away during the act. Stories about proving yourself to a room of 50-year-old men in Hollywood and showing up to "an outlandishly high-fashion event with the crustiest red nose you ever saw." Fearless, smart, and as heartbreakingly honest as ever, Not That Kind of Girl establishes Lena Dun
Post a Comment
Read more

In Lost Rider , the first Western romance in New York Times and USA TODAY bestselling author Harper Sloan’s Coming Home series, an injured rodeo star encounters an old flame but will she be just what he needs to get back in the saddle? Maverick Austin Davis is forced to return home after a ten-year career as a rodeo star. After one too many head injuries, he’s off the circuit and in the horse farming business, something he’s never taken much of a shine to, but now that it’s his late father’s legacy, familial duty calls. How will Maverick find his way after the only dream he ever had for himself is over? Enter Leighton Elizabeth James, an ugly duckling turned beauty from Maverick’s childhood—his younger sister’s best friend, to be exact, and someone whose heart he stomped all over when she confessed her crush to him ten years back. Now Leighton is back in Maverick’s life, no longer the insecure, love-stricken teen—and Maverick can’t help but take notice. Sparks fly between them,
Post a Comment
Read more

Sometimes loving enough means letting go… CAUGHT LOOKING Jody Holford Releasing April 25, 2017 Sometimes loving enough means letting go… Major league baseball player, Ryan Walker, takes a mandatory leave of absence to escape the paparazzi and the false drug charges against him. All he wants is a little peace of mind out in the middle of nowhere. Eager to rid herself of the empty socialite life, Frankie Vaughn moves to a rundown home in Minnesota that she inherited from her aunt. But Frankie is shocked at what she discovers inside: three young boys. When Ryan discovers that Frankie, his new neighbor, has taken on the three homeless kids as her own, he has a new hope for humanity. Despite how easily and lovingly Ryan takes to Frankie and the boys, his past just might be the reason Frankie can't adopt the boys. Now, Ryan must choose between loving them or letting them go. Can he walk away from what he&#
Post a Comment
Read more 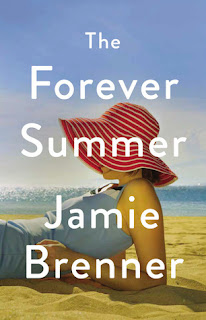 The Forever Summer by Jamie Brenner Published: April 25, 2017 Publisher: Little, Brown and Company Format: via publish Rating: 5/5 Synopsis Marin Bishop has always played by the rules, and it's paid off: on the cusp of thirty she has a handsome fiancé, a prestigious Manhattan legal career, and her father's hard-won admiration. But with one careless mistake at work, Marin suddenly finds herself unemployed and alone. Before she can summon the courage to tell her parents, a young woman appears, claiming to be Marin's half-sister. Seeking answers, Marin agrees to join her on a soul-searching journey to Cape Cod, to meet the family she didn't even know she had. As the summer unfolds at her grandmother's beachside B&B, it becomes clear that her half-sister's existence is just the first in a series of truths that will shake Marin's beliefs--in love, and in her own identity--to the core. Filled with shocking revelations, heartfelt romance, and
Post a Comment
Read more

The Makeup Test by Vanessa M. Knight Published: April 4, 2017 Genres: Contemporary, New Adult, Romance Parker Breckinridge is a sophomore in college and already running her own internet cosmetics business. She doesn’t apologize for her successes—or anything else. She’s worked hard to get what where she is. She’s had to. It’s not like there was anything else in her life, despite her rich family. Cade Adler doesn’t do relationships—especially relationships with uptight princesses. Been there. Done that. Destroyed the T-shirt. Besides, what with working full-time as a police officer and going to school, who has time for women? Not him. With his tattoos and overall attitude, Cade is exactly what Parker doesn’t need. And between her father’s money and her piss-poor attitude, Parker is exactly what Cade doesn’t need. So why is it they can’t stay apart? Goodreads / Amazon Excerpt Parker’s hands flew up in the air, over her head. There. Was. A Gun. Pointed. At. Her. She di
1 comment
Read more